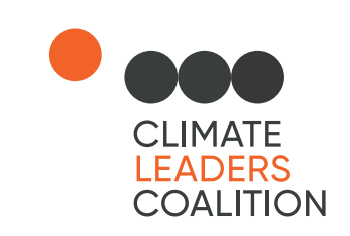 CEOs from 22 of Australia’s largest companies including Commonwealth Bank of Australia, BHP, Rio Tinto, Wesfarmers and AGL, have combined forces to cooperate on numerous ways to lower emissions according to the Paris Agreement.

The Climate Leaders Coalition is led by Lynette Mayne, the head of the Australian branch of British businessman Richard Branson’s “B Team” initiative, which aims to embed more socially and environmentally aware thinking in business decision making.

The initiative is being charred by former Telstra CEO, David Thodey

B-Team Australasia previously powered the “Future of Work” initiative, led by David Gonski, which sought to bring together CEOs in an attempt to mitigate the potentially damaging effects of digitisation and automation of work while embracing the progress they represent.

The Climate Leaders Coalition is B Team Australasia’s second initiative, which will start as an information sharing project. The CEOs are to meet once every quarter in order to share notes on how their businesses are being reconfigured in line with a low-carbon economy.

The CEOs of Microsoft Australia, Unilever Australia, Mirvac Group, Citigroup and Lion were also present. The meeting was held under Chatham House rules.

“We can create value through the development of shared climate solutions while driving economic recovery and growth.” said Mike Henry, BHP CEO

Mr Thodey stated that the coalition was “about business playing its part and ensuring that Australia proactively creates its own low-carbon future”.

“We believe that a responsible and equitable transition to a low emissions economy is an opportunity to improve Australia’s prosperity,” he added.

Mr Henry said: “By learning from each other and about how other sectors are approaching the emissions reduction challenge, we can create value through the development of shared climate solutions while driving economic recovery and growth.”

Ms Gaines said the initiative would provide “a unique opportunity to promote ongoing collaboration, ensuring Australia’s business sector is in a strong position to take the lead on the global climate change challenge”.

The coalition aims to stick to four central principles:

At this point, there really isn’t a lot of money going into the initiative, with company membership fees only costing $3,000. However, Ms Mayne believes that this coalition could lead to bolder initiatives and projects that have a practical effect on emissions.

“When we started in about July or August, we said, ‘What would you as the 22 CEOs really like to tackle that would be beneficial to you?’ And what came out of that was five projects,” Ms Mayne said.

Ms Maybe also added that smaller companies can’t achieve this on their own, could look to joining the initiative which would develop a pooled cheme, which would be funded by a self-imposed carbon tax. This was announced after the government via federal Energy Minister Angus Taylor stated that it would not impose any form of carbon pricing.

As reported  by The Australian Financial Review