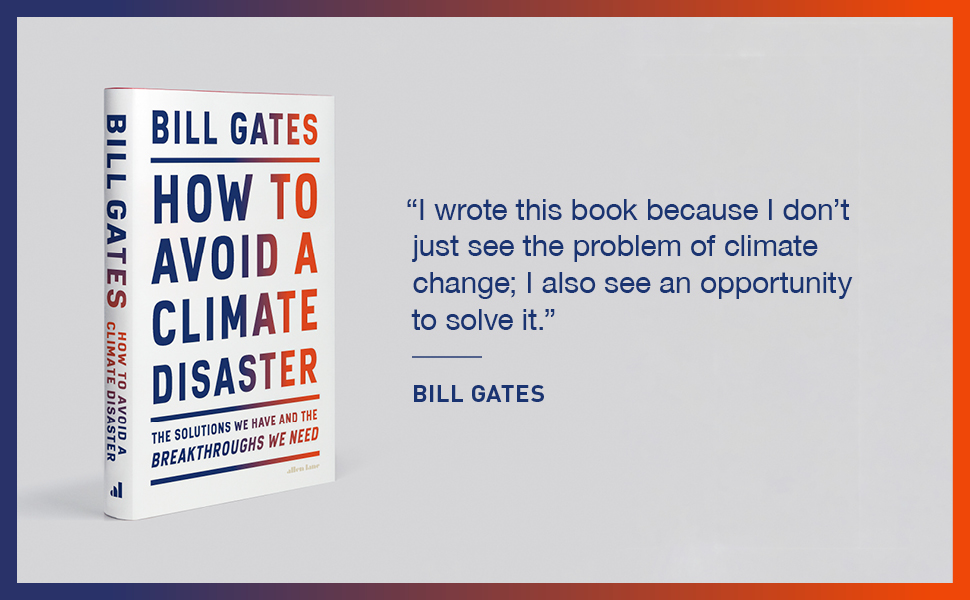 Bill Gates has released a new book titled “How To Avoid A Climate Disaster: The Solutions We Have And The Breakthroughs We Need”. This book is attracting significant attention around the world with major newspapers covering and referencing it in detail.

There are two numbers associated with climate change that everyone needs to know about according to Bill Gates. The first is 51 billion. The second is 0.

51 billion refers to the number of tons of greenhouse gasses the world generally adds to the atmosphere annually. 0 is what the world needs to aim for.

In order to stop the warming and evade climate change’s worst effects. Humans need to stop adding greenhouse gases to the atmosphere.

According to Mr. Gates, you have to picture the climate as a bathtub which is slowly filling up with water. Even if the flow of water is slowed to a trickle, the bathtub is surely destined to overflow. Creating a goal that reduces the world’s emissions is not enough. The only goal should be to reduce emissions to 0.

This sounds difficult because it will be. Last year alone, economic activity around the world slowed down so much, as a result of Covid-19 that the world emitted fewer greenhouse gases. However, the reduction is bound to be just around 5%.

In real terms that means the world released the equivalent of 48 to 49 billion tons of carbon rather than 51 billion.

It’s not hard to think about what it took to achieve such a reduction because 2 million people have died and tens of millions were out of work. This is a situation, nobody would want to repeat. Given that all the things that happened only resulted in 5% greenhouse gas emissions.

This small decline in emissions shows that getting to zero emissions will not be achieved by soppy driving and flying less. Just as new tests, treatments, and vaccines were needed for the novel coronavirus, new tools are required to combat climate change:

Zero carbon methods to manufacture things, grow food, move people and goods around the world and keep our buildings warm or cool.

Mr. Gates describes himself as an imperfect messenger when it comes to the matter of climate change. Given that he owns big houses and flies in private planes. He said, “The world isn’t exactly lacking in wealthy men with big ideas on what others should be doing.” Neither does it lack individuals that believe technology can be used to fix any issue.

Gates does acquiesce that he meets those three standards. Nevertheless, Mr. Gates does believe that his opinion is an informed one and he is always looking to learn more.

He also acknowledges that he is a technophile and regardless of the fact that technology isn’t the only thing that is needed to combat climate change. While techno-fixes are necessary, they are insufficient.

Mr. Gates understands that his carbon footprint is extremely high. This is something he has felt guilty about for a long time. “Working on this book has made me even more conscious of my responsibility to reduce my emissions; shrinking my carbon footprint is the least that can be expected of someone in my position. In 2020, I started buying sustainable jet fuel and will fully offset my family’s aviation emissions in 2021. For our non-aviation emissions, I’m buying offsets through a company that removes carbon dioxide from the air and a nonprofit that installs clean energy upgrades in affordable housing units in Chicago.”

Bill Gates also invests in zero-carbon technologies. While things such as electricity and cars get a lot of attention, they only scratch the surface. Passenger vehicles account for less than half of the world’s transportation emissions which is simply just 16% of all worldwide emissions. Meanwhile, making cement and steel account for about 10% of all emissions.

The book is accessible via Amazon & Kindle