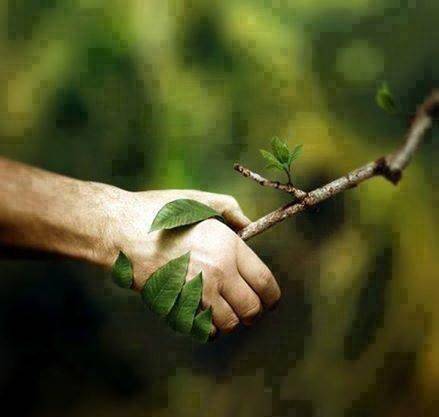 “For too long, we have been waging a senseless and suicidal war on nature. The result is three interlinked environmental crises”, Secretary-General António Guterres said this via a virtual press briefing on the UN Environment Programme (UNEP) report, Making Peace with Nature.

He pointed to the climate disruption, pollution and biodiversity loss which “threaten our viability as a species”, he expatriates on their cause as “unsustainable production and consumption”.

The UNEP report states that the world can tackle pollution, biodiversity and climate crises together, however, the UN Secretary-General also stated that these crises were interlinked and would require “urgent action from the whole of society”.

He stated that two-thirds of the world’s CO2 emissions were linked to households, saying that “people’s choices matter”.

He further explained that “we are overexploiting and degrading the environment on land and sea. The atmosphere and the oceans have become dumping grounds for our waste. And governments are still paying more to exploit nature than to protect it”.

The UNEP report shows that the world’s economy had grown almost fivefold in the past 5 decades, however, this growth came at a great cost to the environment.

Despite a decline in emissions caused by the pandemic, global warming is still on track to increase by 3°C this century.

All this while pollution-related sicknesses are prematurely killing around 9 million people yearly, with over 1 million animal and plant species risking extinction.

Mr. Guterres made numerous points, including the fact that women represent 80% of those displaced by climate disruption. Polluted water kills a further 1.8 million, mostly children; and 1.3 billion people remain poor and some 700 million hungry.

“The only answer is sustainable development that elevates the well-being of people and the planet”, he said, drawing attention to possible actions for governments, including putting a price on carbon, shifting subsidies from fossil fuels to nature-friendly solutions and agreeing to “not support the kind of agriculture that destroys or pollutes nature” Mr Guterres stated.

While stating that far-reaching change would involve revisiting how we invest in nature, the report provides a strong argument to integrate nature’s value into decisions, economic systems and policies which can help foster innovation in sustainable technologies.

“The bottom line is that we need to transform how we view and value nature”, said the Secretary-General. “The rewards will be immense. With a new consciousness, we can direct investment into policies and activities that protect and restore nature”.

Additionally, the report looks at linkages and explains how policy-making and science could advance the SDGs or Sustainable Development Goals by 2030 as well as a carbon-neutral world 20 years after that.

All of this is to be ongoing alongside changing the narrative on biodiversity loss as well as curbing pollution.

While the report’s authors stress that ending environmental decline is important to advancing the SDGs on food and water security, poverty alleviation and more, Mr Guterres highlighted the need for “urgency and ambition” to address how we produce our food and manage our water, land and oceans.

“Developing countries need more assistance. Only then can we protect and restore nature and get back on track to achieve the Sustainable Development Goals by 2030”, he added, stating that the report shows that “we have the knowledge and ability to meet these challenges”.

“It’s time we learned to see nature as an ally that will help us achieve the Sustainable Development Goals”, upheld the Secretary-General.