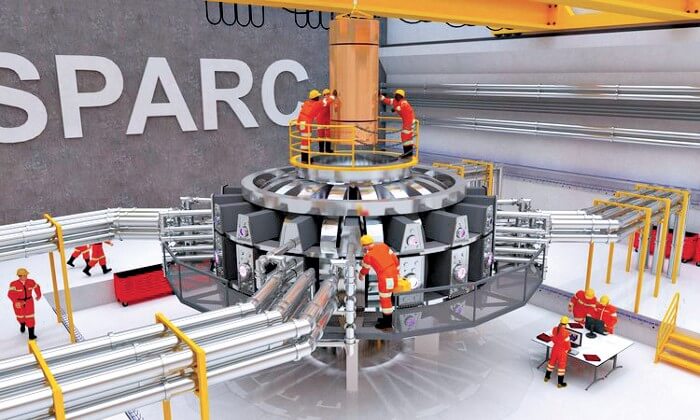 A group of scientists at the Massachusetts Institute of Technology and a spinoff company, Commonwealth Fusion Systems, have published a series of research papers indicating that their SPARC compact fusion reactor is likely to work and is about 5 years away.

The seven peer-reviewed articles appeared in the Journal of Plasma Physics.

“These studies put SPARC on a firm scientific basis. When we build and operate the machine as described in these papers, we fully expect to meet our target for fusion gain and produce a wealth of new and important information on burning plasmas,” wrote guest editorial author, Martin Greenwald.

The scientists expect to begin construction of the reactor, called SPARC, as early as next spring and for the construction to take only three or four years, the New York Times reports.

Scientists have long theorized that fusion is a technology that could help to address climate change. Nuclear fusion creates enormous amounts of energy when two lighter nuclei are brought together to form a single nucleus. SPARC will fuse hydrogen isotopes to form helium.

Traditional nuclear power plants deploy the process of nuclear fission. In nuclear fission, energy is released when heavy radioactive elements like uranium decay into other elements.

However, building a fusion plasma plant is extremely complicated because it must be able to withstand temperatures higher than that of the sun. For this purpose, the scientists have developed a device called a tokamak, which is a doughnut-shaped chamber where the fusion reaction takes place. The ultra-hot plasma cloud is contained using magnetic forces.

Some nuclear physicists who specialize in fusion energy are positive about the possibility that SPARC will work but doubtful about the timeframe for its execution.

Bob Mumgaard, CEO and co-founder of Commonwealth Fusion told the Times that the team wants their fusion reactor to be operational as soon as possible so it can help curb the effects of climate change.

Fusion technology has been studied for close to a century and SPARC is not the world’s only fusion-power project.

The largest one is ITER (International Thermonuclear Experimental Reactor) located in southern France, where representatives of 35 nations are working together to build the world’s largest tokamak. The scientist have been working on the project for 35 years and construction of the experiential reactor started in 2013 and is due to be finished in 2025.

TAE Fusion Power is working to create the same process that the sun uses to create light. Where the sun fuses predominately hydrogen atoms to give off energetic light, TAE is working on a solution that fuse hydrogen and boron to produce energy.

First Light Fusion works with advanced implosion processes that reach high temperatures and compressions to achieve fusion, amongst other experimental approaches. First Light Fusion Ltd was spun out from the University of Oxford in July 2011. Scientists at various academic institutions and startups are working to replicate nuclear fusion – the process that powers the sun, but it’s a complicated process that many think is still a few decades off