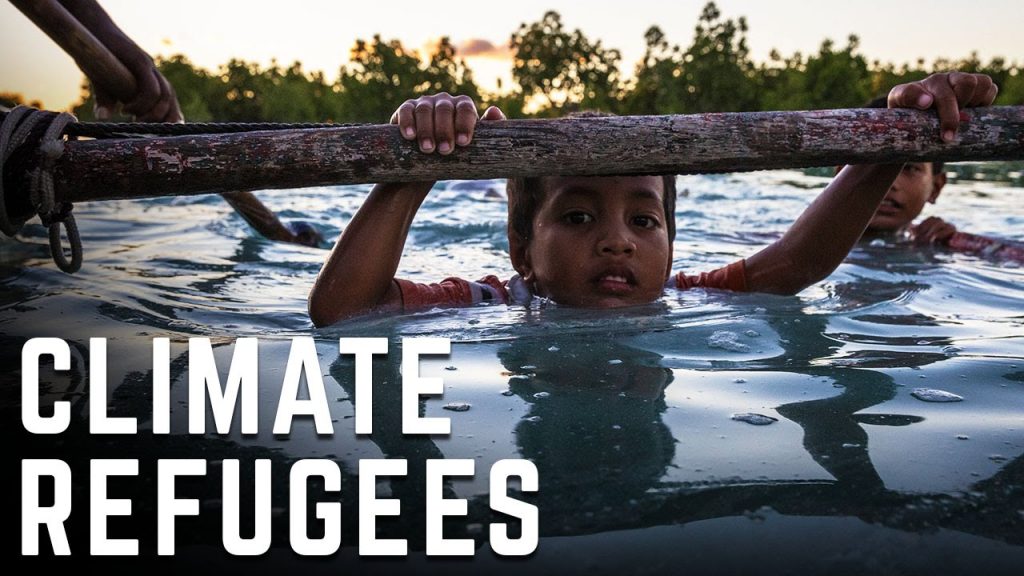 There was a recent ruling announced by the United Nations, which stated that governments can’t return persons to nations where their lives might be at risk from climate change. This is bound to be a game-changer not only for persons that have become refugees due to climate change but also for the world’s response to climate change.

This was a landmark ruling but the UN Human Rights Committee to ensure that global stakeholders understood that without the efforts of nations and other participants, the effects of climate change in climate-vulnerable states might force states to trigger their non-refoulement response to the refugee crisis.

When entire countries are at risk of becoming submerged, the standard of living in that country might be at odds with a human’s right to life with dignity.

Over the years policymakers and academics have long debated the acceptability of climate refugees. The basis for such debate stemmed from the fact that many asserted that several factors can fuel migration so climate change can not be a marked determinator.

Nevertheless, due to the proliferation of climate-induced factors, particularly over the last decade, persons have increasingly become displaced by coastal erosion, desertification and disasters which can all be linked to climate change.

The ruling was welcomed by Filippo Grandi who as the UN High Commissioner for Refugees, states that those individuals displaced due to climate change were to be treated as refugees by all nations.

He viewed the ruling to mean that if an immediate threat on your life was presented as a result of climate change and climate emergency, you had the right to not be sent back to that same nation if you crossed over to another country. Simply because doing so would put your life at risk, a risk similar to those in war-torn or persecutory situations.

Some predict the ruling might cause the number of legal claims of displaced people to surge, however, the burden of proof required to show that an individual’s life is at imminent risk from climate change is steadfastly high.

While this UN ruling can be heralded as a major step in climate-related international law, it absolutely cannot be seen as a first salvo on the part of people seeking to claim status as climate refugees.

While this ruling is non-legal binding, it does provide a win for those championing climate change action and it shows governments that climate change can have an impact on the legal obligations that said nations have under international law. This news is wonderful for citizens of small island nations and also governments that have long promoted the need for action on climate change, only to be met with rejections and delays.

This stalling tactic was exemplified during last year’s Pacific Island Forum which sought to bring together sixteen Pacific Island countries as well as New Zealand and Australia. This forum resulted in the Tuvalu Declaration which requested for more action to be taken on climate change.

Nevertheless, large swathes of the declaration were struck down as a result of New Zealand and Australia. New Zealand expressed concerns over how the UN’s Green Climate Fund was to be funded, whilst Australia had reservations concerning the fund, coal use and the reduction of emissions.

Given the recent bushfires and the displacement of thousands within Australia, it is pretty ironic that Australia opposed the original declaration, seeing as it would soon have to deal with its own climate refugees.

As always, the pressure for world leaders to finally take climate change seriously is mounting. There is a need to aggressively halt the rise of greenhouse gas emissions. This latest UN ruling might be a step in the right direction to help improve the lives of those most at risk to signs of climate change.

All countries must face the reality of climate change

One of the characteristics of climate change is an increase in the severity of extreme weather events.

According to the Global Climate Risk Index 2019, more than 526 000 people died as a direct result of more than 11 500 extreme weather events.

These events will lead to human migration on a huge scale. It will test the skills and willingness of world leaders to work together and find strategies to accommodate global citizens who lose their homes and livelihoods due to the devastating effects of global warming.

Share this article on your social networks
PrevPreviousSir David Attenborough’s Personal Witness Statement and Vision on Climate Change – A Life on Our Planet
NextGrowing Number of Voters Care Deeply about Climate Change: New US SurveyNext